Some thinking and reporting on some explorations of getting into the Reclaim project (movement?). — update: picking this up after a few weeks of inactivity.

It seems like now or never. Just as I’m starting (somewhat unexpectedly) on a journey participating in a Masters course on Networked and Global Learning with an explicit desire to “walk the walk” (i.e. break out of the confines of the LMS, traditional approaches to such courses etc.) there’s quite a bit of movement around the Reclaim Hosting project. Tim Klapdoor is sharing his planning and approach to getting into the Reclaim Project. Audrey Watters and others in my network are also sharing reports on the recent hackathon around the project. Rather than any great confluence, perhaps its just that I’m in a place where I’m now more likely to recognise this activity in my network. Either way, it’s time to bite the bullet.

Interestingly just came across this review of reclaim. As it happens the author has also written on why you shouldn’t do DBR which could be very useful for the NGL course. And there’s another post from elsewhere on what the process involves.

Interestingly I discovered this morning that Philip – one of the other participants in the NGL course – already apparently has his own domain. It will be interesting to see how and if he makes any connection between this and the brief touch on identity in the course during the first week. Which is another connection to the Reclaim Project which is proudly challenging/asking you to “Reclaim your Digital Identity”.

Which is where I first got stuck at the first hurdle for my Reclaim Project. What will my domain be?

That problem you face figuring out a personal domain name when your name is “David Jones”.

Being introduced to anyone as “David Jones” in part commences the obligatory cultural reference test. Does this person associate “David Jones” with

Entering unlikely candidates now, though the later Pirates of the Caribbean movies opened this up to a whole new population. 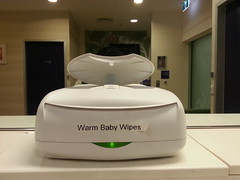 At this stage I have to label this as very much a first world problem. Given what’s happening in Western Africa, Iraq, Ferguson (the inclusion of America in this list is incredibly sad, silly etc), Syria, Ukraine and many other places, worrying about my online identity strikes me variously as self-serving, irrelevant, confronting, worrying etc.

What combinations are possible?

My initial desire is to use David Jones in someway, without having to draw on middle names (davidtjones.wordpress.com) or birth years to avoid duplication

What does the reclaim project offer? The top level domains offered by default include: .com .net .org .us .name .info .ca .uk .es. Is there a David Jones possibility available there? Quick check via the web.

The last one strikes me as interesting, if a little Spanish. It doesn’t quite enable the rapid sharing of a domain name like “davidjones.com”. “It’s davidjones but put a dot before the es”, but it will do I think.

Which generates a “already taken” from Reclaim Hosting, back to the drawing board. Ahh, reclaim is looking at http://www.davidjon.es – my check didn’t use the wwww. It appears this applies to the .uk version above, however, http://www.davidjones.es is available.

Is that something I can live with?

Reluctant to bite the bullet immediately. Going to let the options percolate a little. Current options are

On the whole it’s been confronting almost immediately to be confronted by the need to choose an identity from a fairly narrow set of options. It’s delayed diving in and having a go somewhat with the reclaim hosting. Though I’m fairly sure there’s flexibility to change this as time and perspective changes, however, not sure I want to go through that.

So will wait and ponder a bit more.