It’s been an “interesting” few weeks destined to challenge the optimism of the most optimistic person – of which I’m not. Broader events in the world do appear to be the outcome of a conspiracy to rob the world of optimism. Mix in some personal woes – death of a grandparent, illness (no great problem), interruptions to routine brought on my Apple’s inability to provide a working iPhone, and the stupidity of organisations (especially universities that have been recently restructured) – and it’s definitely a time for pessimism. 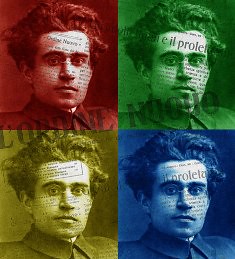 It resonates as my pessimism (i.e. my inability to whitewash the limitations of a solution with the supposed benefits) often gets me labelled as “being negative”. Which always struck me as unfair as most of what I do in terms of “research” has been “design research” and informed by the optimistic view that it can be made better. Hence the tag line for this blog.

Lately I’ve found myself sinking into a more negative form of pessimism, perhaps brought on the difficulty (due to organisational stupidity, and not a small part of my own) I’ve had getting back into “making things better”. Perhaps this is a realisation that my sanity needs time being able to make things better.

I lost sight of human capacity and agency

in a round about way. My own feeling of agency has been taking a beating.

What could be with a blank cheque

Which makes it interesting to come across related struggles, solved in part by focusing more on what could be.

Bryan Alexander started the ball rolling with his post – “Returning to optimism” in which he diagnoses the source of his gloom as being “Analyzing education at the macro level in 2013-14”. Interesting much of my current malaise arises from working within education at the micro-level. Bryan describes his failure as

of late I’ve failed to pay enough attention to the positive developments. And I haven’t been open enough to the ways we can shove history around and make things better.

Over the last several years, I have watched as policy, curriculum changes and the great scrabble for implementation and compliance have gradually begun to suck all the fun out of learning! Our schools days are so cram-packed with achieving outcomes so that boxes can be ticked and grades can be assigned that the process of learning and discovery has been compromised.

But then explains how she and others are taking steps to “shove history around and make things better”. Like Brendon is thinking about, Anne has implemented a “Genius hour” in her class with positive results

What a change I saw in my students. We both found ourselves looking forward to Friday afternoons

In terms of think about what could be, Anne links to an interview some middle school students did with Sir Ken Robinson in which he was given a blank cheque “to design a learning place of his dreams”.

Of course, this brings me to this point from (emphasis added)Siemens (2008)

Yet, in spite of small-scale innovation, new methods typically do not result in new spaces and structures of learning. As noted by David (1990), new innovations are adopted in the context of existing physical spaces. Changes of a more significant and profound nature need to be enacted at a system-wide level. The adoptions of blogs and wikis in classrooms, or use of Second Life and other virtual worlds, or the use of social networks to connect learners with peers around the world, still occur largely within a classroom context. To truly harness the transformative potential of new technologies, change at a systemic level is required.

Add in some points from Dave Snowden from this presentation and it’s not hard for pessimism (or perhaps negativity) to rear it’s ugly head. One of the points Snowden makes is that in human systems

you are always dealing with people’s perceptions of the present and memories of the past….you never get to build on green fields. You are always building on what’s called brownfields.

In the absence of my iPhone I’ve been sent back to physical books as the source of reading material. The two most recent I’ve been reading are Confronting managerialism: How the business elite and their schools threw our lives out of balance and “An Elusive Science: The troubling history of education research. Both a historical pieces, one of the rise of managerialisation and the US-based business schools and the other on education in the US. Both show how entrenched the idea the quantitatively focused, hierarchical mindset of management/control is in both fields. Which is only increasing Australian universities and will only increase more.

The idea of a greenfield free of these “memories of the past” seem unlikely as does building the type of systemic change that is necessary on the dirty brown fields of today’s education system. A topic Anne picks up in her follow up post.