SITE’2016 is almost finished, so it’s past time I started sharing some of the finds and thoughts that have arisen. There’s been a (very small) bit of movement around the notion of open. I’ll write about LATs and OER and some possibilities in another post. This post is meant to explore the possibility of adapting some of the TPACK learning activities shared by @Keane_Kelly during her session into SPLOTs.

It’s really only an exploration of what might be involved, what might be possible, and how well that might fit with the perceived needs I have in my course(s), but at the same time make something that breaks out of those confines. I’m particularly interested in Reil and Polin’s idea around residue of experiences and rich learning environments.

Over time, the residue of these experiences remains available to newcomers in the tools, tales, talk, and traditions of the group. In this way, the newcomers find a rich environment for learning. (p. 18)

As most of my teaching and software development work has had to live within an LMS, I’m also a novice at the single web page application technology (and SPLOTs).

What is a SPLOT?

Simplest Possible Learning Online Tools. SPLOTs are developed with two key principles in mind: 1) to make sharing cool stuff on the web as simple as possible, and 2) to let users do so without having to create accounts or divulge any personal data whatsoever.

The work by @cogdog builds on WordPress, but I’m wondering if something similar might be achieved using some form of single web page application?

i.e. a single web page that anyone could download and start using. No need for an account. Someone teaching a course might include this in a class. Someone with a need to learn a bit more about the topic could just use it and gain some value from it.

Kelly’s presentation introduced four learning activities she uses to help students in an Educational Technology course develop their understanding about the TPACK framework. They are fairly simple, mostly offline, but appear to be fairly effective. My question is whether they can be translated into an online form, and an online form that is widely shareable – hence the interest in the SPLOT idea. 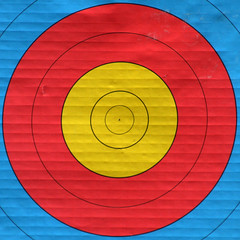 In this activity the students are presented with a target (using a Google drawing) and a list of vocabulary related to TPACK (though this could be used for anything). The students then place the vocab words on the target. The more certain they are of the definition, the more “on target” the place the words. This then feeds into discussions.

At some level, through the use of Google drawing it’s already moving toward a SPLOT.

What if the students are entirely online, and especially with a tendency to asynchronous study? How might this be adapted to anyone, anytime and provide them with an access to the residue of experience of previously participants?